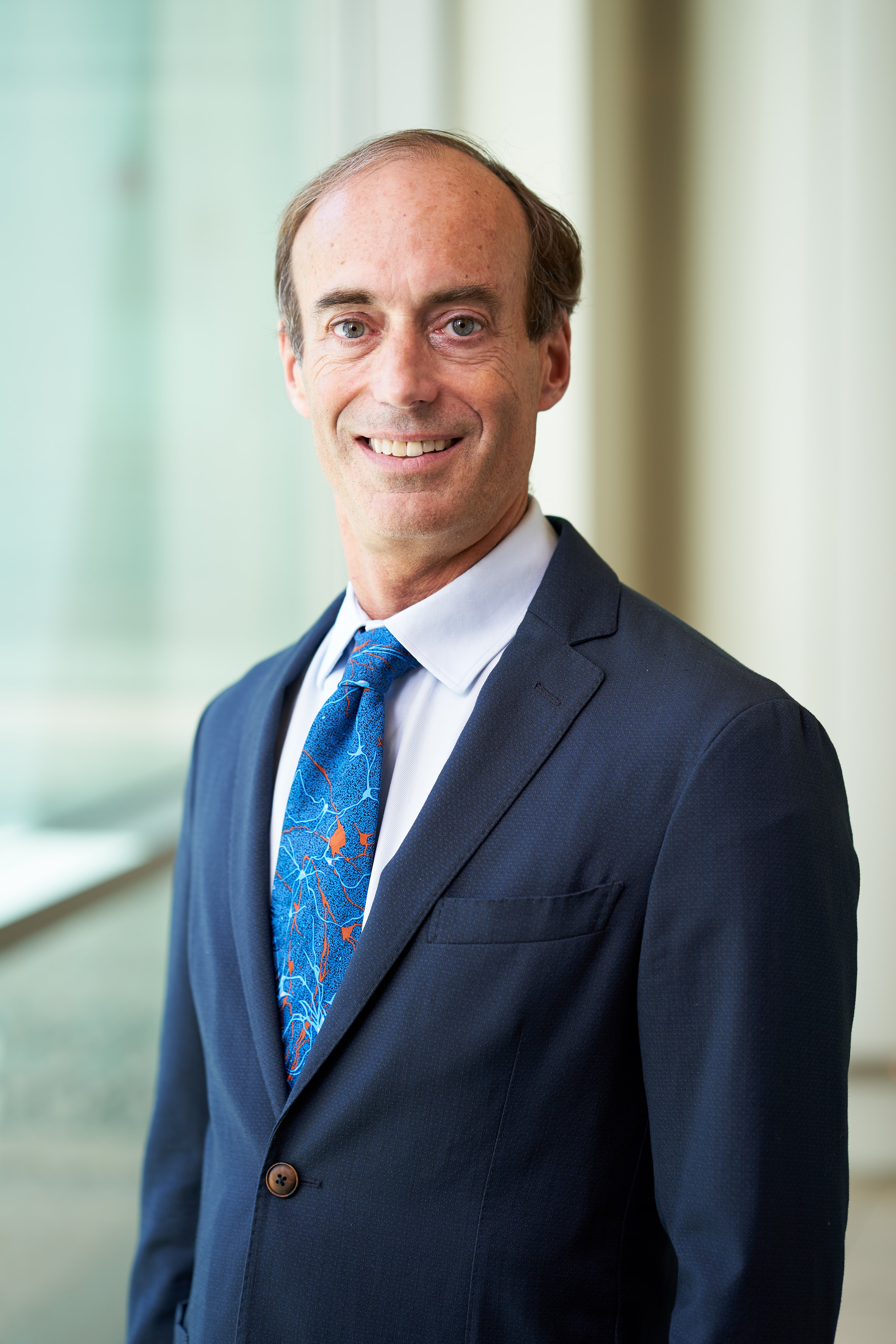 Ronald Vale is Professor of the Dept. of Cellular and Molecular Pharmacology and an Investigator in the Howard Hughes Medical Institute. Dr. Vale received his Ph.D. in Neurosciences from Stanford University in 1985, was a Staff Fellow with the N.I.H. stationed at the Marine Biological Laboratory in 1985-6, and began his faculty appointment at UCSF in 1987.

Vale’s research has focused on how cargoes are transported within cells using molecular motor proteins. Vale discovered the motor protein “kinesin” and his laboratory was involved in elucidated its mechanism of movement using structural and single molecule approaches. Vale currently studies the mechanism of dynein, a much larger and less well understood molecular motor.  His lab also investigates cytoskeletal organization including assembly of the mitotic spindle, the mechanism of T cell signaling, and RNA biology.

Vale is involved in several activities that benefit the scientific community. He founded iBiology, an non-profit organization that produces videos of scientific talks by leading scientists and makes them freely available.  He founded ASAPbio, a non-profit organization to improve scientific publishing in the life sciences. He founded IndiaBioscience, a networking organization for the life sciences in India, and also started the annual Young Investigator Meeting for young Indian scientists.  He previously co-directed the MBL Physiology Course for five years and founded/directed the Bangalore Microscopy Course. Vale’s laboratory developed free, open source software for light microscopy (MicroManager). He served as President of the American Society of Cell Biology and chaired an NIH study section. Vale co-founded Cytokinetics, Inc. and serves on their SAB.

All sessions by Ronald Vale